Hard Hats must be inspected

Hard Hats must be inspected

Did you know that your hard hat has a shell life? You must inspect it and make sure to get a new one if it does not pass the inspection. It is the one thing that could save your life.

The hard hat consists of two components: the shell and the suspension. Both require inspection during assembly and before each use. During shell inspection, you should look for cracks, nicks, dents, gouges, and any damage caused by impact, penetration, abrasions, or rough treatment.
Additionally, if your hard hat is made of thermoplastic (polyethylene, polycarbonate) materials, inspect the shell for the following: stiffness, brittleness, fading, dullness of color, or a chalky appearance. If the shell exhibits any of these conditions or if it is obviously otherwise damaged, it should be removed from service and replaced immediately.

Inspecting for Effects of UV Exposure

Ultraviolet light is the hard hat’s worst enemy. Although ultraviolet inhibitors are added to some manufacturers’ hard hat shells, all hard hats are susceptible to deterioration from UV exposure over time. This is why it is so important that you never store your hard hat in the rear window of a vehicle, or anywhere that it is exposed to sunlight when not in use. If the work environment exposes the worker and hard hat to high levels of sunlight, the hat should be replaced more frequently.

Many times, outdoor workers wear hard hats in high-visibility colors so they will be more visible to fellow workers or to oncoming motorists. In these cases, it is especially critical to monitor hard hat color stability during prolonged daylight exposure. Replace hard hats as soon as fading is evident to ensure continued worker visibility and safety.
Field Testing for Degraded Shells

A simple field test can be performed to determine possible degradation of polyethylene shells: Compress the shell inward from the sides about 1 inch with both hands, then release the pressure without dropping the shell. The shell should quickly return to its original shape, exhibiting elasticity. There should be no residual deformation. Compare the elasticity of the sample with that of a new shell. If the sample does not exhibit elasticity similar to that of a new shell, or if it cracks because of brittleness, it should be replaced immediately.

What you can read next

Senior Safety Tips for the Elderly 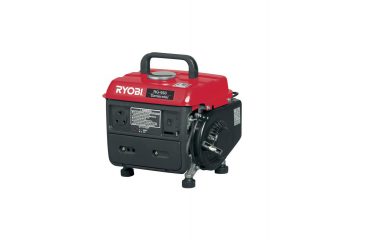 What to Consider when Purchasing an Electrical Generator

Please enter your MailChimp API KEY in the theme options panel prior to using this widget.

Stay updated with our latest offers.

We would like to hear from you with any feedback about our website or products. Also if you don't find what you are looking for just send us a email as I am sure we have what you need when it comes to Health & Safety equipment, accessories and more.

Please note that our store is Quote only function. You are more than welcome to contact sales@kevcor.co.za or request a quote through our website. Dismiss