It’s early 2015, and many of us here in South Africa have suffered from the first round of rolling power outages, or ‘load shedding’ as Eskom likes to refer to the interruptions. Although most have grown to accept the reality of our electricity problems; high demand, an ageing grid, and the slow pace of firing up new production plants, that doesn’t change the fact that a blackout is inconvenient at the very least.

Because of this, generators have become fairly commonplace with homeowners and businesses in the most impacted parts of the country, allowing families and companies to run essential appliances even when the main grid is out. Being able to keep your refrigerator running, or your shop’s doors open are key benefits that electrical generators provide.

As generators become more commonplace, so too are situations where appliances have become damaged by portable generator power. Protecting your devices is just as important as being able to keep the power on.

What Risk do Generators Pose to Appliances and Electronics?

Dirty Power is a phenomenon that occurs when a portable power supply is used. Essentially, it’s any kind of observable abnormality in the electrical output of a generator. This could be a surge, a spike, a sag in output power, intermittent interruptions, or any discrepancy that deviates from the expected power output.

Even a moderate fluctuation could cause damage or even failure on any of the devices that you’re operating from a generator. The motor on your refrigerator could fail, laptop chargers might stop functioning, business computers and point of sale machines could malfunction, and if you’re watching TV or using the microwave off of generator power then these devices could become damaged too.

Two common methods used to clean up a dirty power source are the incorporation of an automatic voltage regulator in to the circuit, or the use of an inverter.

A voltage regulator essentially flattens the power signal so that there are no fluctuations in what comes out. With more consistent power, there is less risk to your electronics. This will provide power like that which comes from the national grid.

Inverters achieve consistency in the power that you use by taking AC power, converting it to DC, and then outputting it again as the alternating current that all of your appliances and electronics require. The processing of an inverter is quite complex, and can cost more to achieve. You wouldn’t be able to retrofit an inverter to an electrical signal without significant expertise, and you would instead be better off purchasing an inverter generator.

An inverter generator is in fact the best option for backup home and small business needs. With inverter generators you don’t need to worry about attaching voltage regulators or surge protectors, because the inverter is built in to the unit. These units, such as the ones offered by Subaru Power Products, contain the inverter and the generator in a single housing. You can even plug electronics directly in to these generators. Starting at 4400 watts they’re perfect for use during a blackout, and manufacturers like Honda and Yamaha also produce similar units.

High Quality Power, as If It’s off of the Grid

If you already own a generator then you need to start using a voltage regulator for your appliances now. However, if you’re in the market for a new generator as we struggle to cope with the rolling blackouts, an inverter generator should be your first choice.

Getting through a blackout with the help of generators is easy. Regulating your own power supply will protect your appliances and expensive electronics, just as if you were running off of a commercial grade power grid.

What you can read next 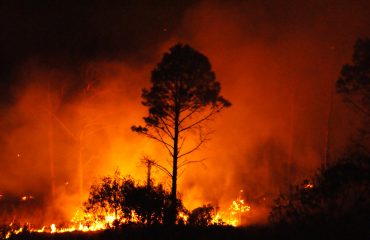 Please enter your MailChimp API KEY in the theme options panel prior to using this widget.

Stay updated with our latest offers.

We would like to hear from you with any feedback about our website or products. Also if you don't find what you are looking for just send us a email as I am sure we have what you need when it comes to Health & Safety equipment, accessories and more.

Please note that our store is Quote only function. You are more than welcome to contact sales@kevcor.co.za or request a quote through our website. Dismiss